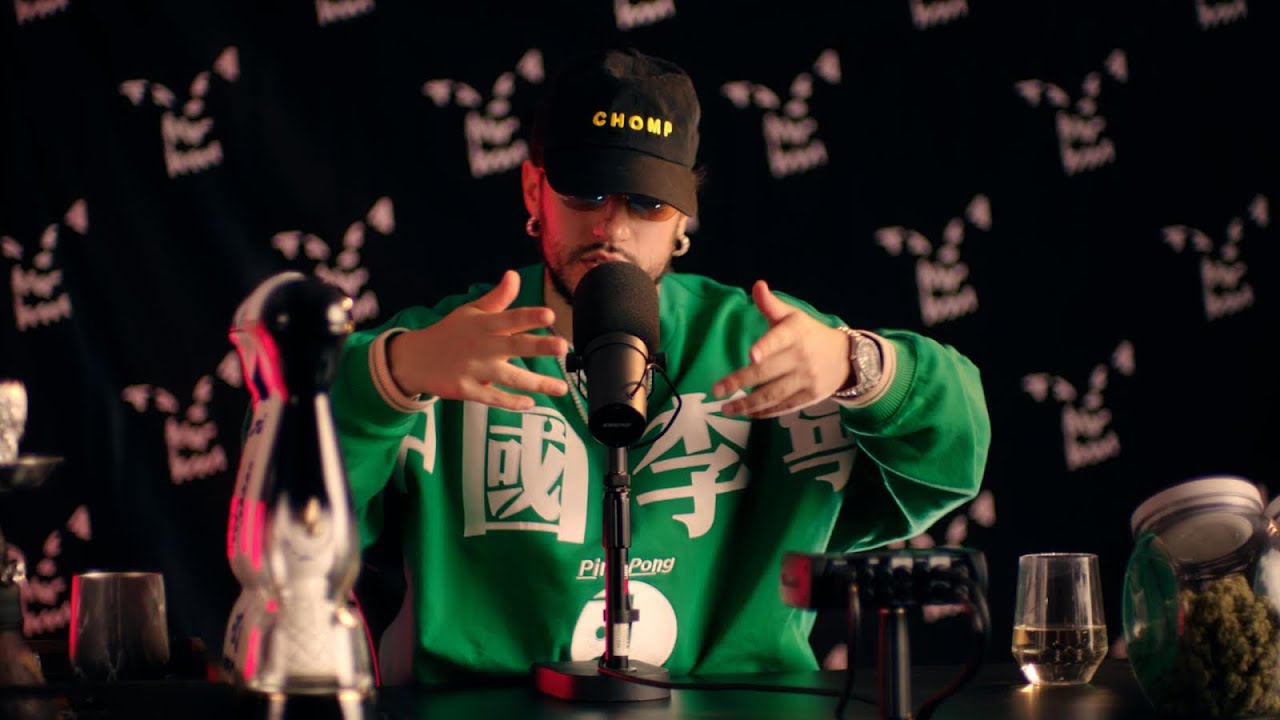 [Verse]
Yeah, the more beef than the less bread
Uh, quiet women give the best head
Rappers doin’ dope, went from trying to be like Hov’
Now they’d rather rock and roll and be like Led Zepp’
Linsanity the way I shocked the game
Momma hoppin’ out the Bentley, sister hoppin’ out the Range
Stop the blame for my entourage, just stop droppin’ names
And you gon’ stop getting dropped and mollywopped by the gang
Do your thang, just keep mе out of it
My money does gymnastics, man, I’m tryna make somе houses flip
The sound of shit hittin’ the fan turns me on
‘Cause I just been addicted to chaos since early on
I’ve surely gone off the ledge a couple times by now
Pandemic hit, rappers sellin’ sex right now
I don’t gangbang, but trust me, bro, I’m set right now
Real bosses don’t need to chase a check right now
It’s for the best right now, you go broke so you can wake up
You struggling, your labelhead is somewhere in Jamaica
Eatin’ jerk chicken, drinking Appleton rum
Fix your mind state, that’s when all the capital comes
Fake titties feel like rocks, I like the natural ones
I like a girl who gives me head without me asking for some
Way to step up to the plate and take initiative
Peace of mind, the only thing that’s on my Christmas list
Business is boomin’, Ruben, I ain’t stutter
My career ain’t reach its climax yet, I ain’t Usher
I’m not your brother ’cause we took a pic
You must be higher than when Snoop handed me kush to hit
Shush a bitch swiftly, shh, it’s me
I could teach you how to be a player, Chris Brickley
Pick me ass bitches on the timeline making Alfredo
Posting quotes they don’t live by, thinking they Plato
Y’all ain’t foolin’ anyone except the dumb ones
Whole game is Wayne, Drake, Future, Young Thug sons
I just skipped customs ’cause I took a jet
I’ma eat forever, I took equity, you took a check
Short term dough, not lookin’ past your nose
Lotta y’all don’t listen to Nipsey and it shows
You get around a bad bitch, you quick to make a post
I can tell you didn’t get pussy when you were broke
Me, I keep it on the low ’cause the mystique is player
I don’t care about the hate shit, I was sixteen with haters
Tryna diss me for paper, end up backfiring
We gon’ take your diamonds, make your eyes look like sapphires
But I’m tryna chill on the violence
Well connected, pressin’ rappers at wireless
Why you tryna fight me? You should try to fight your stylist and management
I can’t argue with people who think it’s fly to buy the mannequin
Low taste, don’t talk to me
Fuck a Uber, bitch, walk to me, show me that you want it
Yeah, I brag about tickets, plaques and ownership, sue me
Y’all brag about Moncler and Gucci on your body
So how come I’m the only one who gets called cocky?
As if rap isn’t braggadocios
At least what I brag about can get you bags
Instead of handin’ over cash to someone racist who just uses y’all for black promotion (Damn)
Way to stick it to the man
You really showed him by putting cash in his hand
Walked out the store then you post him on the ‘Gram
Now your fans are his fans

How Many Days Since

Lyrics Of The Song Seeing Green In English

Save Your Tears Remix Lyrics In English

Lyrics Of Billie Eilish Your Power In English